Lures are any type of hook that is not alive, or used to be alive but is supposed to attract fish nonetheless. Lures can be fish look-alikes, look like part of a fish’s diet or even just a flashy metal part that grabs the fish’s eye as it’s pulled around.

Jigs are lures that are supposed to imitate small live fish or imitate an insect that fell into the water. Jigs have a weighted head with a hook for a tail. The way that they are designed they are able to be dressed up with a lot of different types of materials.

How you ‘dress up’ your jig really depends on the area you are fishing, and the species of fish you are targeting.

A jig is cast out just like any type of bait but then is allowed to sink to the bottom of the lake or river. After the jig falls that deep, it can be bounced along the bottom in a lot of different ways. Try little hops, then big hops. Change the speed that you jerk the rod until you get the right combination.

Once you find something that works, do that until it doesn’t work anymore. Different dress-ups will be more effective than others. It is always about presentation with the fish. They have their aesthetic, and it is our goal, as fishermen, to reach that level and stay there.

Jigs are good lures for spin fishing set up, as spin is usually better with lighter lures. They work well on baitcasters as well, but usually better results will come from the spin set up.

Spinner lures do not look like fish, but they can still catch a lot of fish. They have a piece of metal that spin around the hook, making it seem like a glint of scales or something else reflecting the sun’s light.

They come in a lot of sizes and varying numbers of metal fins to spin around. The ones with more fins attract bigger fish, whil fewer numbers generally attract smaller ones. They can easily get stuck in green plants and other things in the water.

Some spinning lures create a hum or a ring in the water that attract fish as well. My personal favorite is the Bluefox Vibrax Spinners. The bell around the body of the lure rings as it is pulled through the water, attracting fish to it as it moves.

Baitcasters are the best rods for these lures. The accuracy of works incredibly for spinners. Spins will also work, as you’ll be able to drop them easier into the water with a spin set up, but you’ll be sacrificing some accuracy.

Another type of lure is the Spoon lures. These have a narrow metal ‘spoon’ that is very reflective. It acts as the weight which allows it to be cast out accurately and further than a line with a regular weight attached.

Because of the specific shape of the spoon lures, they waggle back and forth in the water that imitates an injured baitfish. The spoons can come in any color and in any shape to match very specific situations.

Depending on the type of the spoon, it could be made to be cast out and reeled back in to catch fish other types of spoons are made for trolling behind a boat.

Because spoons are so similar to spinning lures, I have the same advice. Baitcasters for the accuracy and longer casting distance, but the spin set up to be able to drop the line deeper to get the bigger fish.

Also called plastics, or fake bait, plastic baits are used in a variety of fishing methods, especially when targeting bass. They are bought by themselves but then are attached to a hook in a few different ways.

Most hooks that they go on are jig hooks, but not always. One of the main way of attaching them to a hook is called a Texas Rig. The hook pierces the head of the bait, and then again about an inch down. It keeps the bait straight, just now it has a hook in it. Once it goes in the water, the bait will still have the same action, but it will be able to catch fish.

Another way to rig up your fake bait is by using the Carolina rig. The hook goes straight through the plastic and only exits once it is about halfway down the bait. This method has the barbed hook exposed, which is more appealing to some fishermen.

Plastics can be used on any set up except for a fly set up (ok it is possible but please don’t do it) They work especially well while on a spin rod trying to catch bass, but can be controlled very well on a .

Plugs, or crankbaits, are lures that are supposed to imitate a small fish. They tap into many fish’s naturally aggressive instincts to strike out at a smaller fish.

Plugs are what the wooden models back in the day were called. Newer plastic ‘crankbaits’ work the same, but are just a different material. Since cranks have been out for a while, the names are now applied to both.

Your regular plug has either two or three treble hooks, usually one at the end and the other two on the body of the lure.

As the name implies, crankbaits are cranked in after being cast out. Some have little plastic bills that actually make the lure dive down when reeled in closer to you. This allows you to introduce your lure to more fish and hopefully get one of the bigger fish further down in the water.

Some of them slowly float back to the top of the water when not being reeled in, but once you start reeling in, the lure will dive back down again, attracting more fish.

Plugs work best on a baitcasting rod just because of the control and casting distance.

A spinnerbait has four main parts. The first is the arms. Instead of a central body, everything is attached to the arms. This helps with the spinning motion the spinnerbait lures are famous for. The second part is the fins or blades. There can be any number of lures within reason, but there is always at least one.

The third part is the hook it is attached to the other side of the arm as the blades. Usually, the blades spin around the hook, with the hook barely moving. The fourth part is the hook presentation objects. These can be feathers, bait, or just plastics.

All of this is a little bulky, so they’re better fished in deeper waters. When trolling with a few of them, the spinnerbaits seem like they are a school of baitfish, which will attract more of the bigger game fish.

Spinnerbaits can be fished on either a spin or a baitcasting rod. There isn’t much you can do wrong. As long as your rod has a reel on it, you’ll do great.

Usually, flies are cast out on a fly rod when fly fishing. This does not mean that you cant use flies in different situations. Flies can also be used in a spin set up with a bobber as the lure floats down the river.

Flies try to imitate insects and small animals that fish like to eat. Most are created to look like bait-fish, leeches, frogs, or mice. Some fish have a very wide diet, and in between all of the different species of fish, there are a lot of different types of flies that can be made to effectively fish and catch. 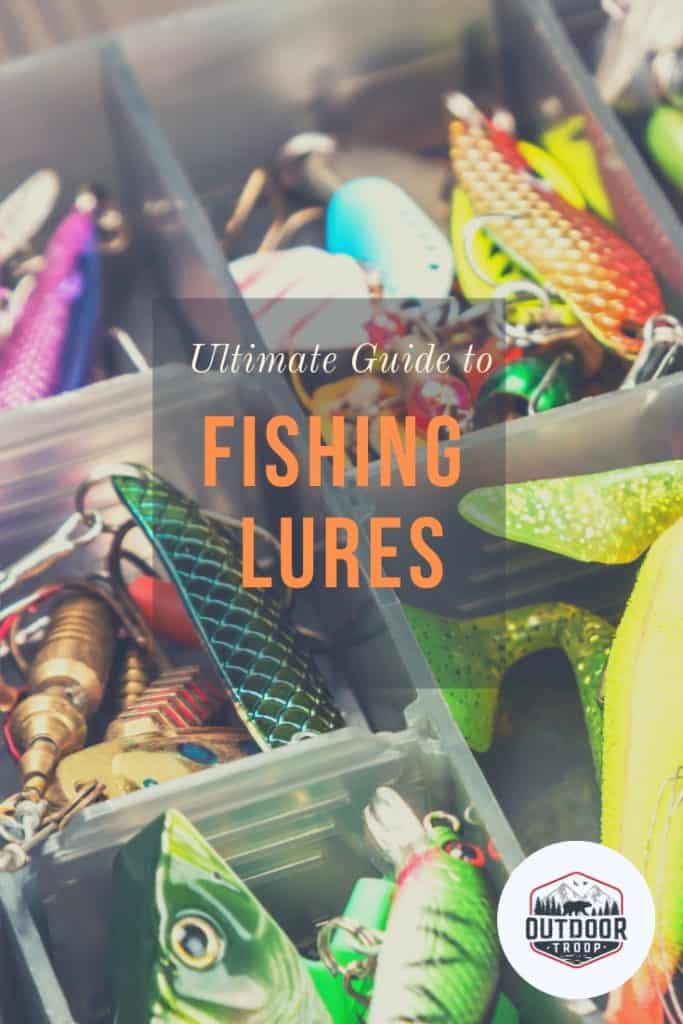 What is the best beginner’s lure? A Bluefox Spinner Size 4 is great for throwing into lakes and reeling it back in. Those will catch most types of fish. Another good lure is a Rapala topwater lure. These are good lures because they can teach the angler to cast and will be able to catch fish.

Can a lure be used in both freshwater and saltwater? For the most part, yes. Some will have a different action in the different waters, but the lures themselves won’t be ruined or damaged by the water. There tends to be larger fish in saltwater, so most differences in lures lie in size.

link to How Dangerous Is Riding an ATV? With Safety Statistics

When riding your ATV, you’re aware that it’s dangerous, but it’s not a thought you linger on for very long. How many ATV accidents happen per year? How many deaths? According to the U.S....

Continue Reading
link to Average RV Campground Rates: How Much to Expect Per Night

Most RVers will want to sleep over at campgrounds for at least some of their stay, which means budgeting for the rates. Depending on how much you’ll spend, you might choose to scale back on the...