I’m a pretty functional person.  I love fire as a source of heat, especially in my cabin where I have an abundant, free source of firewood.  And as a functional person, my stance is that a wood burning stove will outperform a fireplace every time when it comes to heating your cabin.  That said, there are some considerations you should take into account.  Here are some that stand out to me.  I think you’ll see quickly why I would go with a wood stove.  At least from a functional standpoint.

Heat Loss out the Wall and Chimney

Most fireplaces these days are on an exterior wall of the building.  In a relatively small cabin, this is no exception.  But this presents a big problem.  When you burn a fire in the fireplace, where does all the heat go?

Contrast that with a wood burning stove that may sit near an exterior wall, but not in the wall.  A much higher percentage of the heat from the stove will go to the room, not out the wall.

What’s interesting is that compared to the heat going up and out the chimney, the heat going out the wall is nothing.  Fireplaces a notorious for losing a very high percentage of their heat out the chimney.  And it makes sense.  Heat rises.  When you have a fire burning in the fireplace, and there’s a big open hole right above it, it’s no surprise that a lot of the heat will escape upward.

With a wood burning stove, much less of that heat is lost out the flue.  The entire stove gets hot, as does the flue itself, and that head radiates to the room rather than going up and out the flue.

Heat Transfer to the Room

This relates closely to my previous point, but there’s even more heat transfer considerations.

Again, with the heat from a fireplace going up the chimney, in order to effectively heat a room you often need a fireplace fan.  Some people don’t mind the relatively quiet hum, but I prefer the quiet.  Plus, the fan takes away from the crackling sound of the fire which is part of the reason to go with a fireplace.

This is where the decision might flip for me.  Wood burning stoves don’t give you the same experience as a nice crackling fire in the fireplace.  You don’t hang stockings on a mantle above a wood burning stove.  They don’t make for a very nice focal point of a room.  So while they’re really effective when it comes to heat, they’re not as nice to curl up to with a hot cup of cocoa on a cold day.

So if the experience of a nice fire up at the cabin is what you’re after, the fireplace is going to be the way to go.

In a lot of cabins, floorspace is fairly limited.  We don’t tend to build our cabins to be quite as big as our homes.  So that square footage is precious, and having a bulky wood burning stove take up a corner of the room doesn’t sound that appealing to a lot of people.

A fireplace on an exterior wall doesn’t really take up much space.  The brick or stone surround and chimney go up the site of the cabin and the only lost space is the stone or tile immediately in front of the fireplace.

That said, to make a fireplace front flush with an exterior wall, you have to build out a little alcove on that wall for the fireplace.  I’ve seen people build similar stone or brick alcoves to surround their wood burning stove.  This puts the stove more inset so the front is close to flush with the exterior wall.  If you go this route, the wood burning stove doesn’t really need to take up any more floorspace than the fireplace.

Now let’s talk about installation.  Installing a fireplace isn’t a small task.  It typically requires stone or brick work.   You can’t really have a wooden chimney  But it’s not as simple as making a tall, skinny, brick box.  Chimneys have dampers, caps, flue linings, etc.  To build a chimney safely you really need someone who knows what they’re doing.  It’s not a DIY operation.  As such, the cost can be prohibitive if you’re building a cabin on a budget.

While I still wouldn’t recommend complete DIY installation of a wood burning stove for most people—especially the stovepipe and chimney—a lot more of the work can be done by the homeowner.  The complexity and the cost of installation is much less.

Fireplace chimneys can cost thousands of dollars just to replace a flue lining.  A big reason for this is just the difficulty in getting to them.  A lot of labor is involved in replacing or repairing a chimney flue lining.  With a wood burning stove, however, the stovepipe is usually left exposed all the way up to about the ceiling or wall where it exits the cabin.  This makes it a lot easier to replace a section of stovepipe or chimney that needs to be repaired or replaced.

From a maintenance standpoint, in my experience wood burning stoves win the day.

If you’re building a new cabin and you think you’ll want a fireplace, now is the time!  Adding a fireplace and chimney after you’ve finished your cabin will be a much bigger job whereas adding a wood burning stove is fairly straightforward.  So if you’re on the fence because you really want that crackling fire, at least sometimes, go with the fireplace.

That said, if your budget allows it and you have space for both, having one of each can be really effective.  For heating the cabin through the night, the wood burning stove is going to be safer and more effective.  So use it as your main heat source.  But for the ambiance of an occasional nice crackling fire, use the fireplace.  And when it’s especially cold, you might find you want to use both.

The cabin we’re building now has two stories.  The lower story is mostly underground with about 1/2 walls exposed to the outdoors.  So it’s sort of a half basement.  The upper story is the main living area.  In this cabin, I think the best approach would be a wood burning stove in the basement.  This will head that level quite nicely and a good portion of the heat will rise to the upper level.  Plus, it’ll make the floor of the main living space warm to walk on.  Then, on the upper floor, I can see us installing a fireplace for ambiance if we decide we want to go that route. 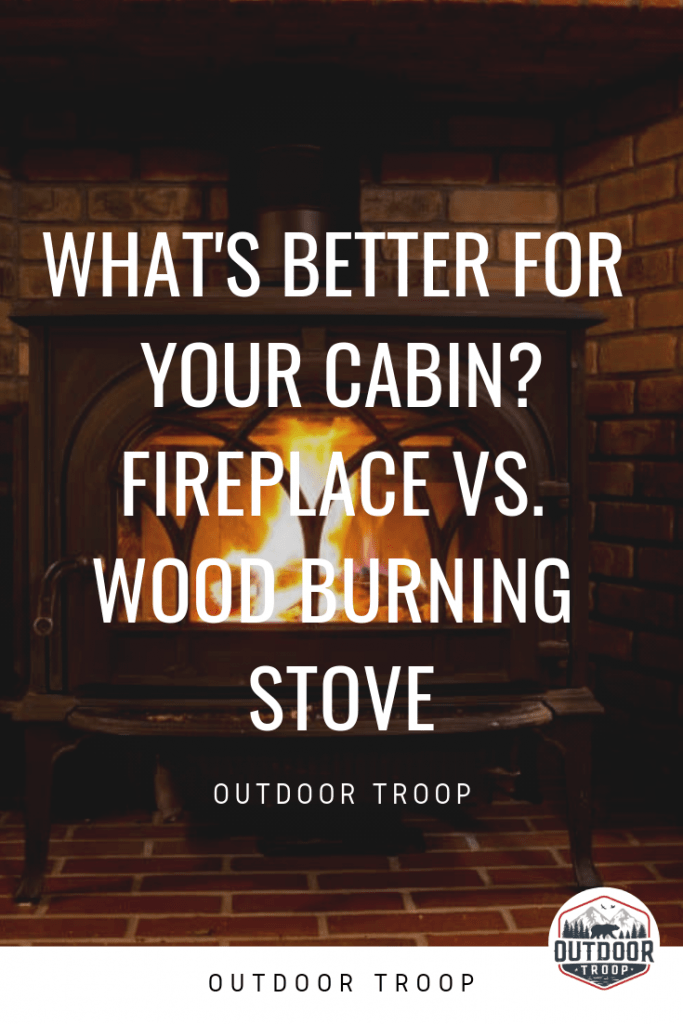 Of course the choice, in your case, is yours.  It all depends on your budget and priorities.  For many small cabins, a fireplace—even with its less efficient heat transfer to the room—will do a more than adequate job of warming the cabin.  If that works for you, then I encourage you to do it.  As an overly practical person in many ways, I think I’ll prioritize the wood burning stove to be installed first.

Once you get over the hump of bungee jumping anxiety, you’ll want to explore the different jumping styles to see which makes your experience even more exhilarating. What are all the various ways to...

Continue Reading
link to Can You Bungee Jump with Two People?

You’ve always loved the idea of bungee jumping, and you’ve even almost made a reservation a time or two, but you always get scared and back out. You figure that if you could just jump with a...