Kokanee Salmon are only found in lakes around the Pacific Ocean. They’re also known, as most salmon are, for being very tasty. So the main thing you may be wondering is ‘How do I catch Kokanee Salmon?’

So, what’s the best bait for catching kokanee? Kokanee salmon are usually caught by trolling with a hoochie (a small rubber squid-like lure) below a dodger (a flashing metal spoon that dances back-and-forth in the water and makes the hoochie move erratically). If you’re fishing from the bank, many fishermen use pink maggots, corn kernels, small shrimp, worms, or any trout lure.

Not every fishing hole will yield the same results with the same baits, and in some places and times of the year, the corn won’t work at all. Salmon have their preferences, and if we want to catch them, we’ll have to adapt to their different preferences and needs.

How to Set Up a Hoochie and Dodger for Trolling

The first time I saw a hoochie and dodger setup, I thought that there was no way it would work in my area. After trying it, it turns out I was wrong! It looked like a super weird rig, but I soon learned that just about every fisherman on the lake had the exact same lure on their line!

Technically, you could use a dodger and hoochie from the shore, but it’s a setup that’s better for trolling, which is the easiest way to catch kokanee. I’ll discuss how to catch them from the shore a little later in this post.

Use a 1oz or 1.5oz cannonball weight at the bottom of the line. About 2 feet up from the bottom weight, attach a three-way swivel. Attach 1.5 feet of fishing line from the swivel to the dodger, then about 11 inch from the dodger to the hoochie. If there’s too much line between the dodger and the hoochie, the hoochie won’t have any action.

Let out about 120 feet of line behind the boat and troll SLOWLY at about .9 to 1.3 miles per hour. You may want to adapt the weight you have at the bottom of the rig to match the depth of the kokanee you see on the fish finder. Most of the time I find myself trolling about around 20′ deep in Idaho lakes, but it depends on the time of year and the body of water.

Baits for Casting from the Shore

Kokanee territorial and aggressive fish. Because of this tendency, many fishermen are convinced that the Kokanee do not bite at bait because they are hungry or are looking to eat. Most say that the salmon get irritated because of the hook and attack it, which leads to them getting snagged and reeled in.

To catch Kokanee as effectively as possible, you’ll want to appeal to their taste buds and aggressive tendencies!

Put on a bait that the Kokanee Salmon will want to eat, but also make it as annoying as possible. Stinky bait is usually recommended because it attracts the attention of the fish and probably irritates their senses quite a bit too.

For anyone trying to catch Kokanee Salmon, look at anything that’s colored pink. Most Kokanee baits are specifically dyed pink or a red on purpose. The best results have been seen on pink coloring, whether that’s the maggots or the dyed shrimp.

Usually, putting two pink maggots on one hook is enough for the Kokanee to get aggressive. Any more will mess up the action of the jig and it will not act the way it should. One piece of corn or small shrimp will be enough.

Getting your bait to smell strongly is also highly recommended. Fish rely on their sense of smell because visibility is usually very poor under the water. Because of this, fishermen have fine-tuned the art of making bait smell as appealing to the fish as possible.

There isn’t much science to it, though. It usually just means leaving the corn out on the countertop for a day to get it smelling horrible, then refreezing the pieces the night before.But hey, it works! If it smells bad to us, then we know that the smell is strong enough to carry underwater.

The best bait that I’ve found that works the best is Green Giant Steam Crisp Shoepeg Whole Kernel Corn, which you can buy very cheaply at most Grocery Stores. Many fishermen have their own homemade recipes that they swear on, but the one that sounds most promising is this one:

This mix seems to have everything that a prospective Kokanee fisherman would want! I know I’ll definitely be testing this out this year.

Lures that were made for targeting Kokanee Salmon were designed to tick them off. Just looking at some of the designs and coloring, I almost feel sorry for the fish that will be subjected to being near them.

Most are classic spinner lures that have the body modified to annoy the fish until they bite.

The most classic lures are small spoons, Hootchies, bugs, and spinners.

The Spoons are small metal plates that are painted and made incredibly reflective followed by a hook of varying sizes. The best colors for targeting Kokanee are red, pink, orange, and salmon colored.

Hoochies – The two hook attached to the body of the hootchie increases the chances of hooking the fish very securely the first time. It might be a bit difficult to get the hook out, but it’ll be worth it if the fish is a big one.

The body is covered in trailing pieces of plastic that attract the fish. As the hootchie is reeled in, the trailers move around in the water like the flailing limbs of a drowning insect.

Bugs – Bugs are used the same way as hootchies, spoons, or spinners with one small exception. The other types of lures are just to be reeled in at a constant rate until they’re cast out again to repeat. For bugs, small jerks and tugs on the line will give the fish the impression that this is a real bug. The fish will then be more willing and likely to bite the bug.

Lures are fairly easy to use, but there are a few things to be aware of doing when fishing with them. Some lures are designed to be jerked around in little quick flicks, while others are reeled in slowly or at a constant pace.

Depending on what type of lure you’ll be using, it can’t hurt to move it around at the perfect speed and rate of erraticism.

Trolling is a type of boat fishing where the fishermen anchor their rods to the boat and let out line behind the boat. As the boat travels around, the fish are attracted to the lures and bait that’s behind the boats.

The times most likely to catch fish are during the turns, where the inside lines dip lower and the outside lines come up a bit. The change in water depth attracts fish to bite.

Kokanee Salmon get very angry when they’re bothered by something flashing off in the distance, and if it’s close enough, the fish will attack the said flashy thing.

The fisherman’s job, after knowing that bit of information, is to get as many flashy things into the water and tick off the kokanee salmon into biting.

Trolling is just the strategy to do so. By trolling around a few dodgers, it will make it seem like there is a school of fish traveling together reflecting sunlight off their scales. This will irritate the kokanee enough to come investigate.

The key to catching fish like this is having some sort of lure in the back behind your dodgers. A nice sized spoon trailing your artificial school of fish will make it seem like there’s a lagging fish that will make a good target for the Kokanee salmon to attack.

Kokanee Salmon are very tasty fish. They are also very fun to try to catch, as it takes a little bit of skill to finesse the fish out of the water as it fights against your line. Because of this, there are quite a few people who specifically target Kokanee salmon year round. Catching one can be done easy enough if you’re willing to put in the effort and time.

What is a kokanee fish? A kokanee fish is a subspecies of the Sockeye Salmon, which became landlocked, either by man, choice, or nature. The fish changes to become completely a freshwater fish that doesn’t venture out from their lakes and streams. 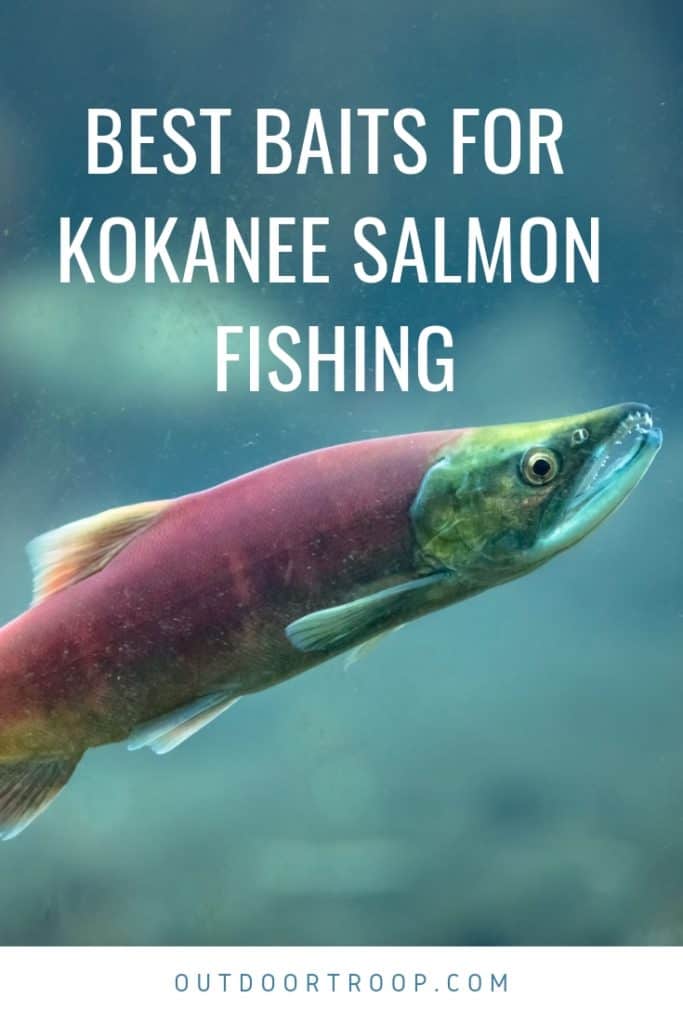 link to What Camper Can My Vehicle Tow? A Safe Towing Guide

When buying a camper, you shouldn’t go through with the purchase until you know what kind of vehicle you’ll use to tow it. What kind of towing vehicles are best for campers? Depending on the...

Continue Reading
link to Should I Use My Old Fishing Line? When to Replace It?

Fishing line isn’t exactly cheap, so when you buy a roll of it, you want to make it last for as long as you can. You have some old fishing line that didn’t tear or tangle the last time you went...