When fishing, it is important to know if you should keep what you catch. Some fish are fun to catch, but not so good to eat! After tasting Kokanee myself, I have the information you need.

So is Kokanee any good to eat? Kokanee is indeed a good fish to eat. Kokanee is a type of salmon, and can be used in any recipe involving salmon. It has a light, mild flavor and can be served in raw fish dishes (such as sushi) or cooked and seasoned.

There are some tips and tricks for eating Kokanee, especially when it comes to catching and cooking them.

What to Know When Fishing for Kokanee to Eat

If you are looking for a solid meal, your common sense will usually cause you to only keep the large fish you catch. Small fish should always be returned to the water. With Kokanee, this is even more important. A Kokanee has rather large bones, so if you catch one that is on the border, always go for those fish which are larger. This will give you more meat per catch, and make it easier for you to de-bone it.

Kokanee (also known as “” by some fisherman) generally have the same pink color that king salmon have, but can also have a great deal of color variance. People tend to like the Kokanee that a deep red.

The redder your Kokanee is, the more it has been eating. This usually means the fish is healthier. However, if you only catch lighter shades of Kokanee, don’t worry about that. The taste will remain about the same.

Every fisherman has their tricks, and I am no different. I like using a simple lure that is flashy. That’s it. A Kokanee doesn’t bite out of hunger, but out of aggression. They get angry at different fish in their territory and will attack anything that moves.

If you can get your lure to make enough of a disturbance in the water, often then it will bring in a Kokanee out of spite. Kokanee are tons of fun to catch because of how much they fight you. They will give your pole a run for its money.

The Difference Between Sockeye Salmon and Kokanee Salmon

Normally, salmon are anadromous, meaning they move back and forth between saltwater and freshwater. Salmon usually only come into freshwater when it is time for them to spawn. This is where we get those images of bears catching salmon in their jaws after they try and jump up rivers.

Kokanee salmon are special because they are salmon that are completely landlocked. They don’t spend any of their lives in oceans or saltwater.

In the USA, there are many thriving populations of Kokanee salmon because of the distribution of the department of fish and game. More and more people are fishing Kokanee because of how great they taste.

Cooking fish can be hard, but Kokanee usually very forgiving because they don’t have that typical powerful “fishy” taste.

Honestly, you can use Kokanee for any recipe that calls for salmon because they are both the same type of fish.

I am always a fan of filleting your fish because of how easy it is. It’s also really easy to freeze fillets for later if you had a really successful Kokanee pull.

Kokanee have pretty large bones, so they are easy to gut and de-bone. They do however have some gnarly teeth that you need to watch out for.

Cooking Kokanee on a Fire

If you are on the lake and want to cook up the first catch of the day, you can cook your Kokanee by the fireside.

Its pretty simple. All you need is tin foil, lots of butter, plenty of lemon pepper (or whatever your favorite seasoning is), a few sticks or some sort of metal grate, and a big Kokanee. Having lemon slices is good too, but not necessary.

The first step is to completely gut or filet your fish. Some people leave the skin on for this step, but you only need to do that if you are putting your fish directly on the coals. I like my fish completely boneless and skinless, so the tin foil cover is what protect it while it cooks.

Take your prepared Kokanee and spread a tablespoons of butter on that bad boy. Make sure that it is thoroughly covered so that it doesn’t burn.

Give your fish a nice coat of seasoning. More is better in my opinion, depending on how much salt is in your seasoning.

Take your lemon slices and finish the masterpiece with a little squeeze of juice.

Wrap your meal in a tin foil burrito along with the lemon slices. I always recommend double wrapping it so that you don’t lose all that buttery goodness to the flames.

If you want to forgo the butter and have a healthier fish meal, simply cook the fish for a time over a lower temperature fire.

Leave the fish over the fire for a few minutes and you are good to go. Enjoy your fish while you try and snag another.

If you are in the brush, but really want to dig into your fish, you still can. Start by getting your fire going so that you have some nice coals sitting by the time you are done fishing.

When you catch your meal, prepare it by gutting it, but leave the bones and the skin on. Put it on a stick and lay your fish right on the coals. The skin will protect the meat and cook up your fish really nicely. Leave it there for a few minutes and dig into it cave-man style

My Favorite Way to Cook Salmon of Any Variety

I am in love with fish and chips. I have a huge deep fryer that I use often, and some great fries are a great compliment to any dish.

If you are planning on battering and frying your fish, I recommend taking your fillet and scraping off any fat that you have on your fish.

Make your favorite frying batter. My favorite way is just pancake mix with milk instead of water. I leave it pretty thick so that I have a thick layer of fried goodness on my fish.

Now its time to gently slather your fish in batter. Try and use a basting brush instead of dipping, otherwise, your fish might fall apart in your oil, and that is a mess that you do not want to deal with.

Leave your tasty morsels of salmon in the oil until you have that beautiful golden brown color.

Serve your fish with plenty of lemon juice and lemon pepper if you are into that.

When you make fries, I find its good to slice them on the thicker side and get them extra crispy in the same oil that you cooked your fish. Enjoy your greasy meal of hard won Kokanee

Baking For the Fancy Fisherman

If you want to bake your Kokanee, make sure and get a clean fillet that doesn’t have any bones or skin left on them. Take some lemon pepper or any other sauce you would like, and place them on a lined pan covered in sauce. Some people even lay some thinly sliced lemon on the fillet before putting it in the oven.

The reason citrus is used in all of these recipes is due to how much it cancels out the fishy flavor. Bake at 450 for 15 minutes or so depending on how thick your fish is.

This recipe is great if you are having people over that like fish but have never tried Kokanee before. It really brings out the taste.

Serve this baked fish with some veggies and you are good to go.

Where can I catch Kokanee? Most Kokanee are placed in lakes by the government, so it is important to do some research as to what lakes have been loaded with the fish.

How big is a Kokanee Salmon? The average Kokanee weighs in between two-to-five pounds. The largest Kokanee on record weighed in at 9 pounds. 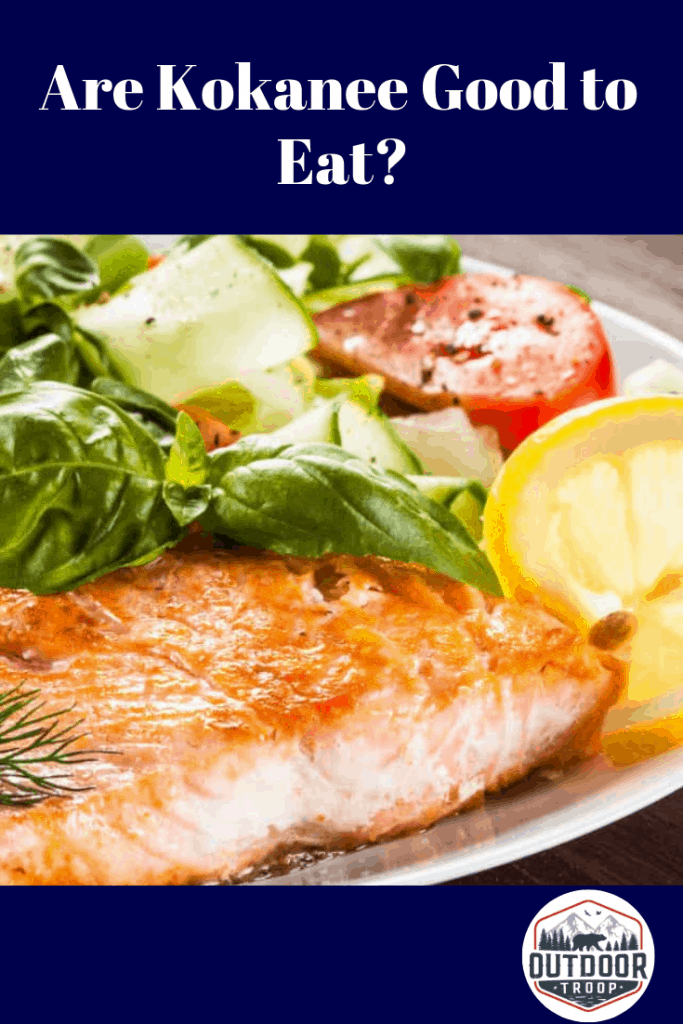 What do Kokanee look like? During spawning season, male Kokanee deep red with green heads, but normally they are a simple grayish brown. Kokanee always have an impressive set of teeth.

link to How Dangerous Is Riding an ATV? With Safety Statistics

When riding your ATV, you’re aware that it’s dangerous, but it’s not a thought you linger on for very long. How many ATV accidents happen per year? How many deaths? According to the U.S....

Continue Reading
link to Average RV Campground Rates: How Much to Expect Per Night

Most RVers will want to sleep over at campgrounds for at least some of their stay, which means budgeting for the rates. Depending on how much you’ll spend, you might choose to scale back on the...