As I’ve been learning to fly fish, I’ve been noticing that there are a lot of things that I’m doing wrong. I couldn’t pinpoint the source of the problem, so I decided to do some research.

Many people wonder what their problems are, but they obviously also want to know how to fix them! As you read on, I’ll be able to go into more depth with each problem and how experts say we can fix our problem.

When you are tying your loop for your fly rod it will most likely be tied with the two ends of the loop making a shape like a C. You don’t want these ends to cross because it changes the direction of which the line will dive into the water.

When these two ends do cross, it’s called a tailing loop. However, another name for the tailing loop is also known as the wind knot.

Typically when the tailing loop occurs, it is typically caused by the fact that the fisherman got overly zealous and tried to cast really fast. This caused the line to make the tailing loop. Thus, making the U shape that would cause the loop to change the course of the line.

Many may wonder how to fix this. The solution is simple. Just slow down and take a breath. If you slow down, you will be able to cast the slowest loop you can. This scenario is also known as punching the line. However, there is another problem known as creeping.

When fly fishermen creep, they do the opposite of punching the line. Instead of jumping the gun first, they back cast but then jump the gun to their forecast. This causes the tailing loop to once again occur.

The solution of the tailing loop is to watch your back cast. If you don’t get too excited when you back cast, then you obviously won’t end up making the U position once again.

If these tips still don’t work for you, you could always have someone record your cast and you could see where the mistake is being made.

This is a difficult yet common problem to have. The backcasts and the forecasts need to be 180 degrees apart from each other. If they are not 180 degrees apart, then when the forces meet each other, it will cause your pole to actually go sideways.

A benefit of this is that once you can get your line to straighten and connect with your object, you will be able to also gain some distance on your line.

A lot of the time when we are fly fishing, especially if we are new to the hobby, our arms and our wrists will start to get a little tired. This usually causes our hand to drop down to our waist.

The problem comes when we forget to bring our hand back up to the appropriate level. If we leave our hand there on the forecast, things will start to get extremely messy. Whether we tangle our lines or just don’t even get our cast out, it could be caused by where our fly rod lands.

This next problem is closely related to the previous problem. Beginner fly fishermen that know how to move their hand along the pole can oftentimes forget which direction they want to haul the back cast.

When the fishermen don’t think about the direction of the backcast, it could cause many problems. One of them, just to name one, is that it will cause your line to turn to the side just like in the previous backcast and forecast issue.

spin on the line is usually unavoidable because the bones and muscles in our body can only stretch so far. This is why we occasionally have to move our arm out a little bit more to the side. The only real problem with this is that as soon as we give ourselves permission, we start to do it all the time. If we mindlessly cast, then all the problems discussed in this article will come true.

However, if we think about the direction that we are casting in along with all the other tips I give you, we will be able to make our cast a whole lot better.

A lot of people will think that if we don’t cast super far, then we are unlikely to catch very many fish. This is a false statement. If we cast far without thinking about the need of the fish than it will not go very far.

However, as we focus on where the fish might actually be, not only are we more likely to catch more fish, but we are also more likely to save our strength and fish for longer increments of time.

The best length at which to cast your line is 80-90 ft. It doesn’t matter if you can cast over 100 ft. The further you cast, the more likely it is that your line will also tangle and you will begin to tire without having a very successful day.

When we used to learn to fish, we were oftentimes told to put our casts at a time. For example, you may have been told to back cast at 1 o’clock. While this may have worked in the past when we had stiffer rods that needed that, it will no longer work with new rods.

In fact, if you try to cast how they taught in older books it is likely that you will not only loose control of your cast but you will also loose a lot of distance.

The solution to this problem is really easy. If you must use time, start at a forward position with your pole facing the water. As you go to bring your pole back bring it to a 10 o’clock position. Once you have gotten this down, just continue this stroke and it will help you out big time in terms of control and distance.

When you bring your pole in after casting whether to replace flies or for another reason, you are likely to also have lots of tiny knots in your line.

The natural person inside of us will say just to leave them because we either want to go back home, or we want to hurry and get our line back into the water.

However, if we do this, the little knots will form bigger knots which will eventually explode into something that almost looks like a giant pile of colorful spaghetti.

The answer to stopping this is just to take a deep breath and have patience. If we also stretch the lines out before we put them in the water it will also give them a break from the cold to be ready to go.

Many fishermen consider twisting lines to be a really bad thing. It can often cause our lines to go crazy along with of control which leads to loss of distance.

is a problem for you, the quickest solution is to go through the reasons as to why your line may be twisting. Chances are, it might be the fly or even something like a small knot within the fly.

Many people believe their lines are casting very well because they don’t have their lines lubricated which is causing a high friction on the line. The fact of the matter is that lubricated lines is a luxury. Chances are you will still be able to do everything the same and accomplish the same task without getting your line fully jerry-rigged.

Is there such a thing as fly casting classes? Fly casting classes are available in some places, but depending on where you live, they may or may not be an option. I would recommend looking at either your local fish and game’s website to see if they have one happening nearby or just google classes near you. 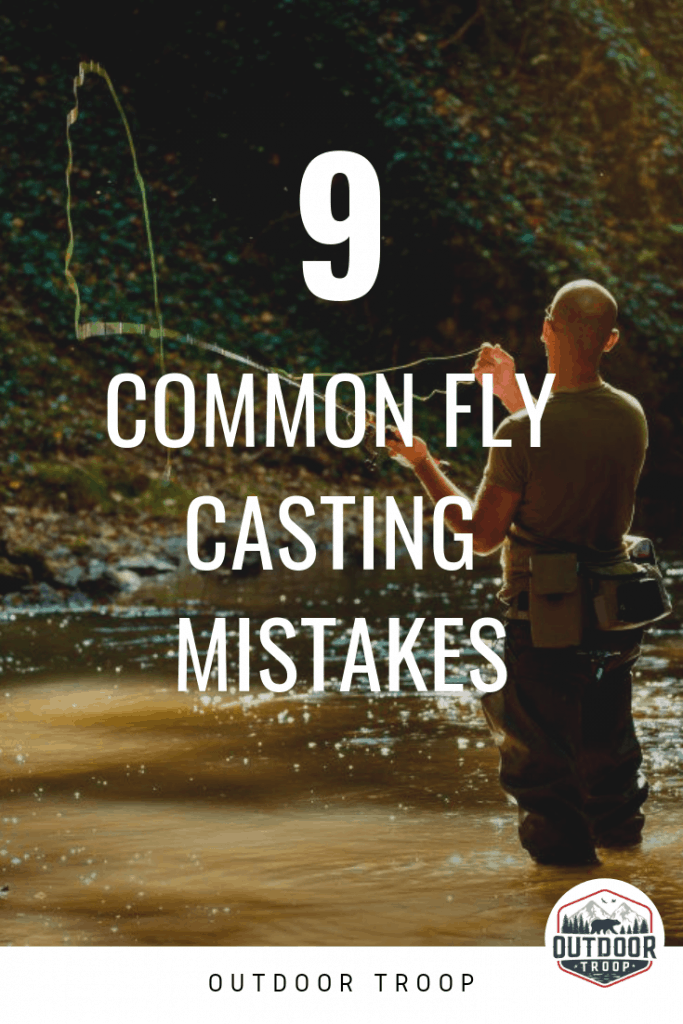 link to Why Should I Use Waders to Fly Fish?

Have you ever watched pro-level fly fishing on YouTube or perhaps even in person? If so, then you probably noticed that most if not all the anglers were wearing waders. Are waders really that...

Continue Reading
link to Which Baits Are Considered Live Bait?

You’ll often hear of anglers using live bait versus artificial bait. If you’re brand new to the world of fishing, you might not be sure what one type of bait is compared to the other. Which baits...